The red line demarks our community 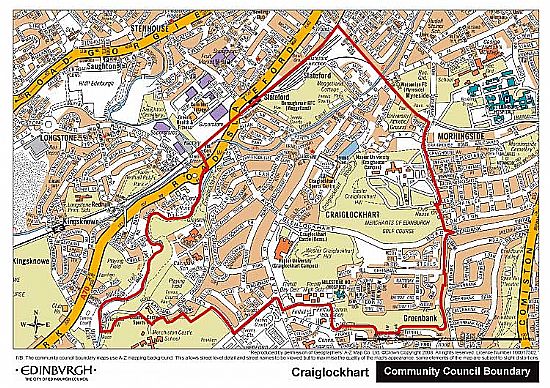 In broad terms the northern limits are set by the South Suburban Railway line and the Carstairs Railway line until the viaduct over the Water of Leith. In the west it is bounded by the Water of Leith until Redhall Mill then it follows the line of Katesmill Road and Paties Road. The southern extent stops just short of Redford Barracks but includes Firrhill Secondary School and the grounds of the former City Hospital. In the east the line follows Greenbank Drive until the mini-roundabout and then goes up the side of the golf course and down Craighouse Road until it meets the railway line.